I recently had the pleasure of hearing YA author Lisa Maxwell speak about her most recent book, UNHOOKED, as well as her approach to writing, teaching and speculative fiction more generally. Embarrassed that I had never read her work, I quickly remedied the situation and was thrilled when she agreed to let me interview her too. When I asked her about her work, and UNHOOKED in particular, here’s what she had to say …

KC: As well as being a professional author, you’re also an English professor. How does your teaching inform your writing and vice versa?

LM: I never took a creative writing class, but I spent almost 9 years reading widely and deeply to get my PhD. It basically trained me in the art of story telling and the form of the novel. In that way, my teaching always helps my writing. I also love that I get to be in class with younger people on a regular basis. It lets me stay in touch with what teens (even if they’re older teens) are like NOW as opposed to 5, 10, or 20 years ago.

I also think that my writing helps me as a teacher. I get to show students my own struggles—kind of an “I’m in this WITH you” mode of teaching. Since I started writing, I’ve had to figure out craft. They don’t teach plot and story form in grad school, but understanding the parts of a story from a writer’s perspective has given me new and better ways to address the issue of interpretation with my students.

KC: If you could give one piece of advice to a prospective author, what would it be?

LM: If you want it enough, it’ll happen. This doesn’t mean it’s going to be easy. You’re going to get rejected. You’re going to have to force yourself to be honest about your own deficits and be willing to work to improve. But I’m convinced that getting published has as much to do with determination and sheer stubbornness as it does with some kind of magical talent.

KC: Your most recent novel, UNHOOKED, draws heavily in J.M. Barrie’s PETER PAN. It’s not so much a re-telling, as an homage to the earlier work. What gave you the idea for the book and what are the greatest challenges in writing from such a well-known source work?

LM: I wanted to write a pirate book, but I didn’t want to write a historical [piece], so I was looking for another way to get into a pirate story, and it struck me that Peter Pan might be it. It probably helped that my youngest was watching a lot of Jake and the Neverland Pirates at the time.

The most challenging part of dealing with Barrie’s story is how well everyone *thinks* they know it. Most people seem to really like Peter Pan—or some incarnation of the story. I had to make Neverland recognizable but still make it something new and exciting that wasn’t predictable. The biggest challenge was merging those two things—drawing from the source so that it wasn’t some random fantasy island, but making it my own.

KC: Your book is filled with amazing world-building in every sense of the term. You’ve created an amazing world and populated it with an array of unique characters. How do you go about world-building like this? Do you create the world first and then populate it with characters and their customs and communities, or vice versa? Or does it all come together at once?

LM: For UNHOOKED, I was lucky in that I was working from a source text. I went through Peter and Wendy and pulled out all of the things about Neverland—many of which never appear in the more popular Disney versions. Then I did a lot of research about Celtic Fey lore, because I wanted my fairies to be anchored in some recognizable types. From there it was a matter of taking the original story and making it new. For example, in the original story, the children really do forget where they were from and even forget day-to-day things. Peter eventually kills Captain Hook, but a year or two later, he doesn’t even remember who Hook was. For my story, I kept that idea—the forgetting—and then developed a reason for why that isn’t in the original.

For Rowan, I knew what I wanted his backstory to be—he’s a pirate who’s not really a pirate. I made him Irish, so I could use his actual speech cadence to stand in for piracy, and I made him part of a historical moment, because I needed him to be able to fight and to be ruthless enough to survive.

KC: The book has a little of everything in terms of action/adventure, romance, danger, fantasy. What are the most fun aspects of a plot like this to write? Or do they all go together?

LM: The most fun? The pirate! And the kissing. I’m pretty convinced that the best stories are about those primary relationships they have. Flying and fighting and dying don’t mean much if we don’t have real human connections to anchor us and make us whole, so building those connections are always my favorite.

KC: Who are some of your favorite YA authors? What are you reading now?

LM: Oh, where to start?! I love Maggie Stiefvater and Leigh Bardugo. I just read Jaye Robin Brown’s GEORGIA PEACHES AND OTHER FORBIDDEN FRUIT.  Right now I’m in research mode, so I’ve been reading a ton of non-fiction about old New York.

Thanks so much for your time, Lisa! (And a little preview of the cover of Lisa’s next book coming out in July 2017 …) 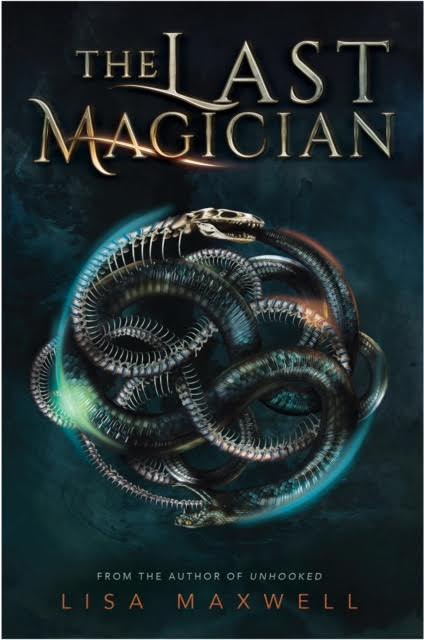