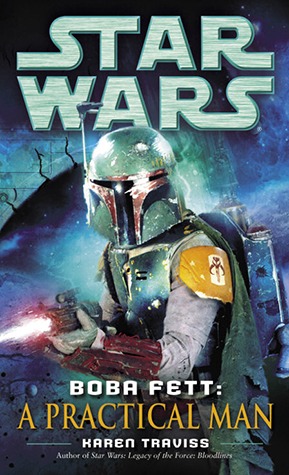 Fanfiction has always been a touchy subject for writers. Some people abhor it, some people embrace it, some people hate the fannish culture, but don’t mind other aspects, etc, etc. I’ve personally been running from my fanfiction past for a long time, until I finally decided to give up and just admit that’s where I came from. After all, that was the first thing that inspired me to write to an audience like I’m sure many writers in my age group (I just dated myself, didn’t I?). No shame in that.

With all the excitement and/or dread (depending on what side of the fandom you’re on) going on with the new Star Wars movie coming out, I wanted to get back into hardcore mode. Aside from marathoning all the movies like I do every few months anyway. There was one thing I never really got into in my nerdy infancy and that was the expanded universe books, even though I enjoyed the movie novelizations. Even though most of the EU books are no longer canon at this point, something about a universe of essentially—to me, mind you—pro-published fanfiction never set right with me. Maybe a sense of internalized shame? But during a pretty hard month I’ve been having, I decided I needed some light reading, so I ended up with “Boba Fett: A Practical Man” by Karen Traviss. I’ve been told that I’d enjoy it because it features the one person I love most in this world (Boba Fett) looking like a bad ass.

The story itself is an easy read with lots of intrigue and battle, and like any book based on pre-established canon—to me, anyway—feels like it fits right along in the universe. Mandalorian culture is not heavily explored in the movies or even some EU works, so the proposed background Traviss gives for them and for the war itself are very plausible and interesting to me. For the sake of background, I had to look up the Yuuzhan Vong War as it was something I wasn’t familiar with beforehand, but this story involves the build up to that war and the Mandalorian involvement, so I didn’t feel too lost. One thing I was really impressed with was that Traviss handles heavy, space-action scenes as well as internal philosophical monologues, which is interesting because, as someone who wrote fanfiction for action shows, I struggled with that a lot. The evolution of Boba Fett’s portrayal is…interesting…and the subject of internet debates, but here he is neither hero nor villain, just a very pragmatic and jaded bounty hunter. And for the characters I wasn’t familiar with, by the end of the story I kept thinking to myself, did I miss them in any of the movies? Because they felt that familiar. My only complaint is that as a fairly hard sci-fi piece, the prose was appropriately cinematic, but got a bit dry for me at times. Can’t be any worse than Lucas’s attempts at dialogue.

I’m glad I picked this up, it made me feel like a giddy fangirl all over again, logging on to one of my favorite webrings early in the morning to finish what I was reading the night before. Ms. Traviss’s writing left me feeling in touch with someone that shares my passion for a certain character and respecting how they portrayed them, and wanting to ask questions. It got me interested in checkng out her original writing too, as at some point in your fanfiction journey you probably start hoping you can carry your fanbase over…and they won’t talk about any of your more questionable works. Check out the standalone story here, Kindle Edition from Amazon.