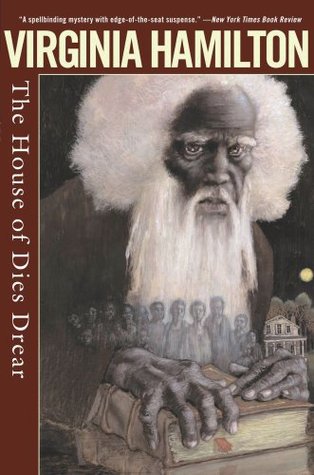 I wrote my first real sci-fi short story at around seven years old. It was about a young girl who headed the first (wo)manned mission to Venus. Because I regularly devoured hard sci-fi books and astronomy texts, I prided myself on its scientific accuracy. I even illustrated it! I have gotta dig that up one of these days and try to make some money off it (kidding, but not really).

It was pretty plain to everyone that I was going to be some kind of writer/artist combo and probably of the fantasy/sci-fi variety, but if you had interviewed me back then and asked me about other black spec fic authors I’d have been like, “umm what does that look like?”

In fact, while reading everything in every library of every school I attended, I never really noticed that none of the protagonists in the books I liked looked like me. Me & my father huddled together for X-Files and Star Trek (TNG and TOS) and Tales From the Crypt and there was never that critical moment where I was like, “hmm, where are the black people?” Perhaps the color-blind ideology of the times? No, I was watching TV during a time when there was a slew of black folks on the screen…in comedies and urban dramas. It just never occurred to me that they could be put in fantastical situations. Even in my first sci-fi work, the protagonist was a little white girl, not self-insert as you might think (I was so beyond that! scoff)

Questions of race and literature never crossed my mind until about 6th grade, when I was going to an arts school and I had a pretty radical teacher that insisted our majority-black class be exposed to black history even outside the normal curriculum; that meant a few more black authors sneaked into our reading. I started seeing kids that looked like me as the heroes of their stories, not just the token Rainbow Friend. It didn’t sink it at the time, but I started looking back on these books more often as I advanced away from that school and was plopped back into a curriculum of more or less The Usual Suspects.

One book I’ve been circling around a lot is The House of Dies Drear by Virginia Hamilton. This book has become pretty special to me, even though at the time I hated it! I thought the syntax was clunky, the characters silly, and the plot unbelievably far-fetched. Now that I’m thinking of it, I think this was in part to having much higher expectations for a black genre writer than a white genre writer–we have to be twice as good to be half as good, after all, something I’d already internalized at that point. But it’s one of those things I started to appreciate as I got older, because it was my first taste of figuring out what DOES it look like when black people write the sort of books I read?

Understand, when I was young no one was throwing Octavia Butler books at me. I didn’t have any friendly librarians to ask for recommendations. More often than not, I was told I shouldn’t be reading the things I liked! I had no idea where to look for the stuff that I was starting to want, so I had to make due with whatever I was given.

Now, Dies Drear is not actually a spec fic novel, but a children’s mystery with some subtle supernatural elements thrown in. Hamilton did write more typical fantasy novels, but I wanted to focus on this one in particular because I feel like it needs exposure, and it was an important stepping stone in my SF/F journey.

First, the plot that I found so outlandish, looking back on it was actually pretty fun. 13 year old Thomas Smalls’s family has moved into a house that appears to be haunted, with a caretaker named Mr Pluto whom everyone thinks is evil. First off, I love the mythological allusions. People think Mr Pluto is evil specifically because his name is another name for Hades. Greek and Roman mythologies were one of my first loves in life so I was definitely in on this joke and it felt good to have someone that looked like me to wink-wink with.

As for the language, this book was written and takes place in 1968 so yeah it’s a bit clunky. I would argue it hasn’t aged well. But what stuck out to me the most was a black family talking like me! As someone who has been accused of “talking white” all my life, it was so awesome seeing a black writer handling sophisticated concepts, and black characters using big words and not resorting to code switching or “hood” language.

I’m not going to lie to you all, it is a little silly at times and borderline-Scooby-Doo-ish, but if there’s a young person of color in your life that is looking for some inspiration, I hope this helps them out like it did me. It gave me a foundation when I eventually did discover black SF/F authors and to this day reminds me that I don’t have to dumb anything down in my own writing.