With this month being Pride, I thought I would talk about a few places where the LGBTQIA+ community is more welcome than you might think. In some ways, these places are simply part of what I love, but at the same time they’re ubiquitous, mainstays of American culture. I’m going to start with a small confession.

Isn’t it violent? Yup, it is, quite so. Isn’t it all fake? Well, yes and no. There’s a storyline that is developed and followed, but when one wrestler throws another out of the ring, that’s still going to hurt whoever is landing on the floor. Sounds kind of bloodthirsty, but the athleticism on display is impressive and everyone knows we’re here for a good time. It’s definitely show business, along with a lot of sweat and biceps.

I’ve very quickly grown attached to a couple of wrestlers in particular (Charlotte currently really is the Queen for me), which is part of the fun. You cheer on your favorites and boo the heels (unless they’re Charlotte and then I’m cheering anyway).

You may be thinking that wrestling is not a place someone like me would feel comfortable and welcome. I’m just as surprised as you to say that the opposite is true. I’ve found in my short stint being a fan of “sports entertainment” that the audience is extraordinarily diverse and welcoming. 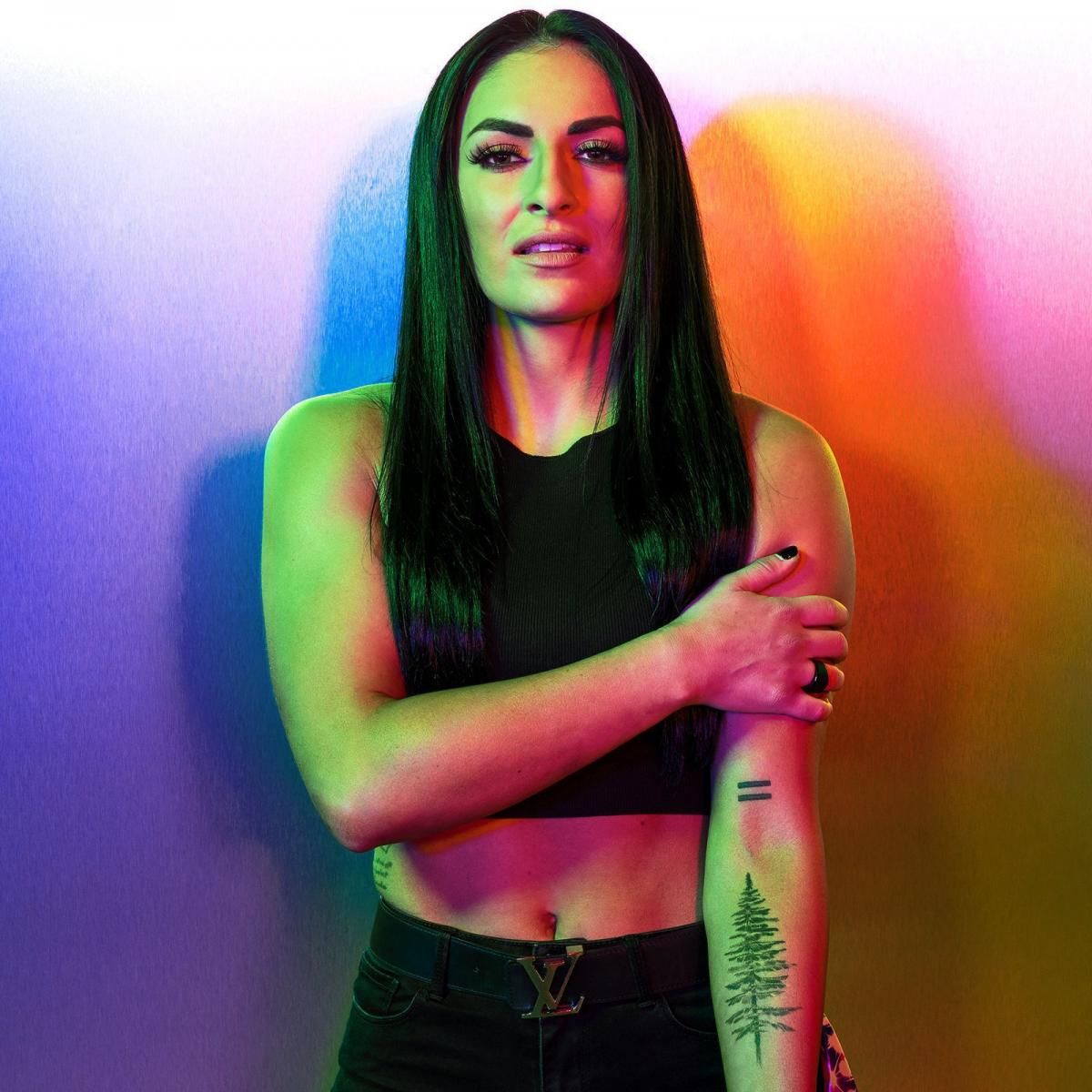 Pride does not go unnoticed by the WWE, with Sonya Deville (from my home state!) leading the way as the self-proclaimed “Pride Fighter” along with other out wrestlers. Allies have also stood up within the organization to let the LGBTQIA+ community know they’re supported and welcome.

As an aside, the storylines are so much fun and honestly if you enjoy a good ship dynamic trope, you’ll feel right at home. My particular favorite “ship” of the moment is the tag team known as RK-Bro, consisting of RKO and The Original Bro. They are the epitome of “Oops I accidentally adopted this absolute child”. So good.

The next place I was very surprised to find a supportive ally is Cracker Barrel. This is a place that my childhood memories and other more recent associations would lead me to believe was a place I should avoid, and I have up until now.

Curiosity about the menu got me looking at their website and lo and behold, they have a robust Diversity and Inclusion page on their website. This finding is going to have me poking around a lot more “red letter” restaurant websites to see what other options might be out there. Local independents are a bit harder to pin down with this kind of thing, but it’s always nice to find them when they do.

I’m going to wrap up with a perennial favorite of mine, something that’s been with me far longer than Cracker Barrel or wrestling. Baseball, while still a fairly gendered sport, has been consistently groundbreaking when it comes to inclusivity. Jackie Robinson broke the color barrier on April 15, 1947, long before much of America was “ready” for integration. He started 1st base for the LA Dodgers, the team I now cheer on for 162+ games every year.

Baseball is one of those things that is a perennial comfort and joy for me. I started out watching bits of games as a kid with my grandfather. LSQ Creative Director Tara Lindsey (and one of my dear family) reintroduced baseball to me as an adult and taught me the ins and outs of the game. Through her I learned about the steady pace of the season, the stalwart nature of those nine innings, day after day. For more of the year than not, there is a game on somewhere.

Once again, in baseball as in wrestling, there is a display of athleticism. Beyond that there are lessons in teamwork, discipline, and lessons for life, too. As a hitter, being hugely successful in baseball means you fail two out of three times. There’s something to be learned from watching players stand up to face that outcome over and over. 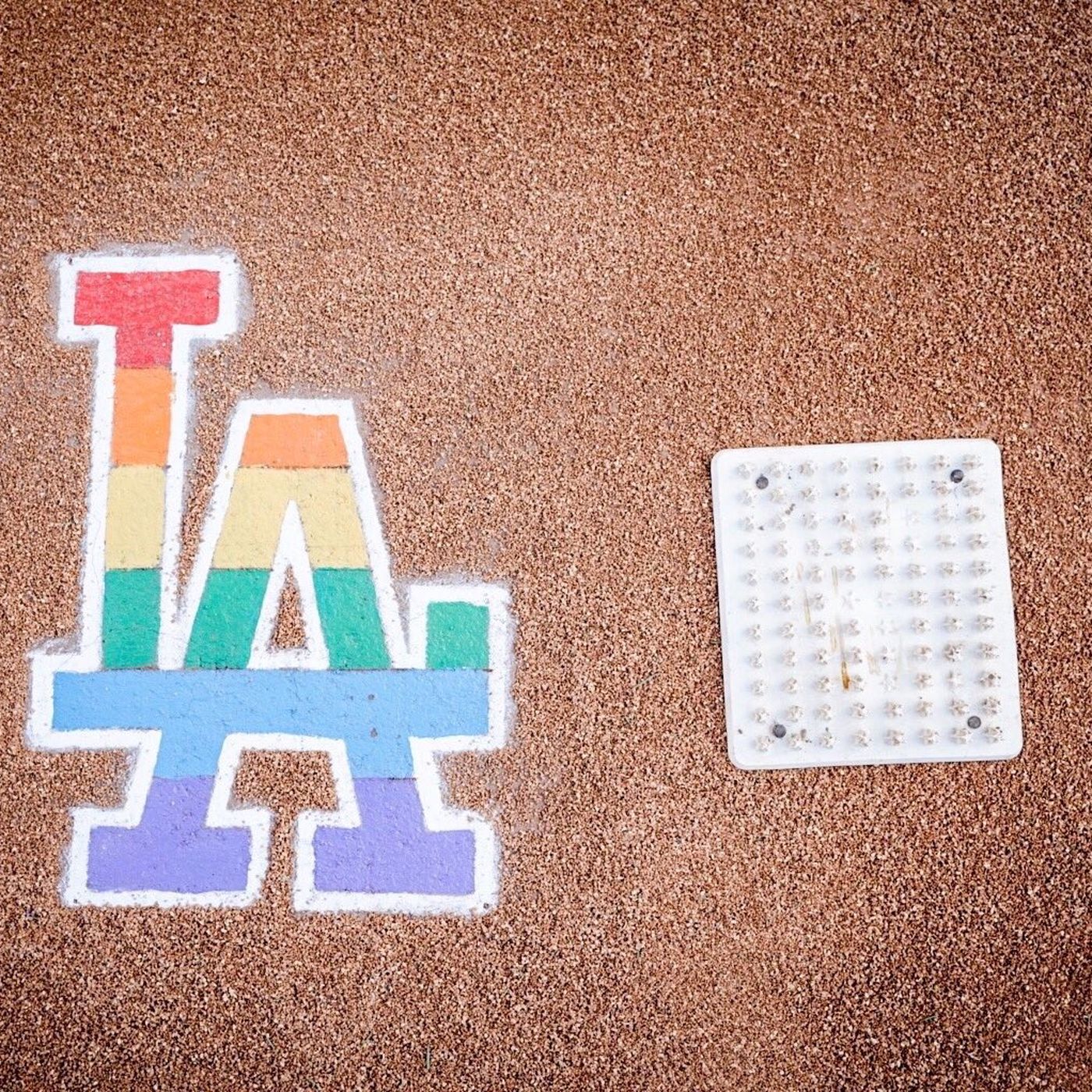 The Dodgers in particular have felt welcoming to me because they, and some of their staff, celebrate Pride quite demonstratively. As I write this, the LA logo on the pitcher’s mound at Dodger Stadium is a rainbow. Billie Jean King and her partner are part owners, and work to expand LGBTQIA+ inclusion in the organization, supported by Magic Johnson (did you know he owns the Dodgers?) who has an openly gay son.

With the way so many countries are treating their queer citizens, I find myself incredibly grateful to be here and now. There is surely still much work to do for everyone to feel safe, pursue happiness how they please and follow their own natures. Still, at the moment, I’d like to take a small step outside of that work and take a look at where we are and how far things have come. I am taking a little time to wave a pretty, colorful flag, and connect with my community in places I never expected to be able to do so.