For anyone who doesn’t know about the animated films made by Hayao Miyazaki, wow are you in for a treat. The Japanese director has an extensive catalog of delightful, charming, powerful, magical movies chock full of amazing characters, many of whom happen to be female, though they are first and foremost truly human (even the ones that aren’t actually human).

The vast majority of these films are not only full of wonderful female characters, but they are of all ages, shapes, backgrounds, and personalities. They’re complex, layered, and portrayed with an impressively deft touch. I’m not sure why or how Miyazaki chose to create them, but I’m very glad he did.

One of the things that strikes me about all of his characters in general is the sense of durability they all have about them. It’s not always about strength in the way we usually think of it. Sophie from “Howl’s Moving Castle”, for example, has a fabulously dramatic emotional breakdown by the side of a lake, yet she picks herself up afterwards and carries on. It’s a repeating pattern that emerges throughout the film catalog. Vulnerability does not equal weakness and everyone has a moment or two where the task before them just feels like too much to take on.

As I was preparing to write this piece a few bits of synchronicity happened. The first occurred when I sat down to watch “My Neighbor Totoro” which contains one of the most accurate portrayals of a four-year-old I’ve ever seen on screen. The second piece was watching a roundtable discussion between a group of famous women actors, one of which was Rachel Weis.

In the roundtable, there was a discussion of the various changes in Hollywood over the last year in regard to women, both on and off screen. Building on that, Weis mentioned that she didn’t like the description of “strong female character”, saying it always made her feel like “What does that mean, we have muscles or something?” She then followed up with a description of what people are often truly talking about when they describe female characters as strong: 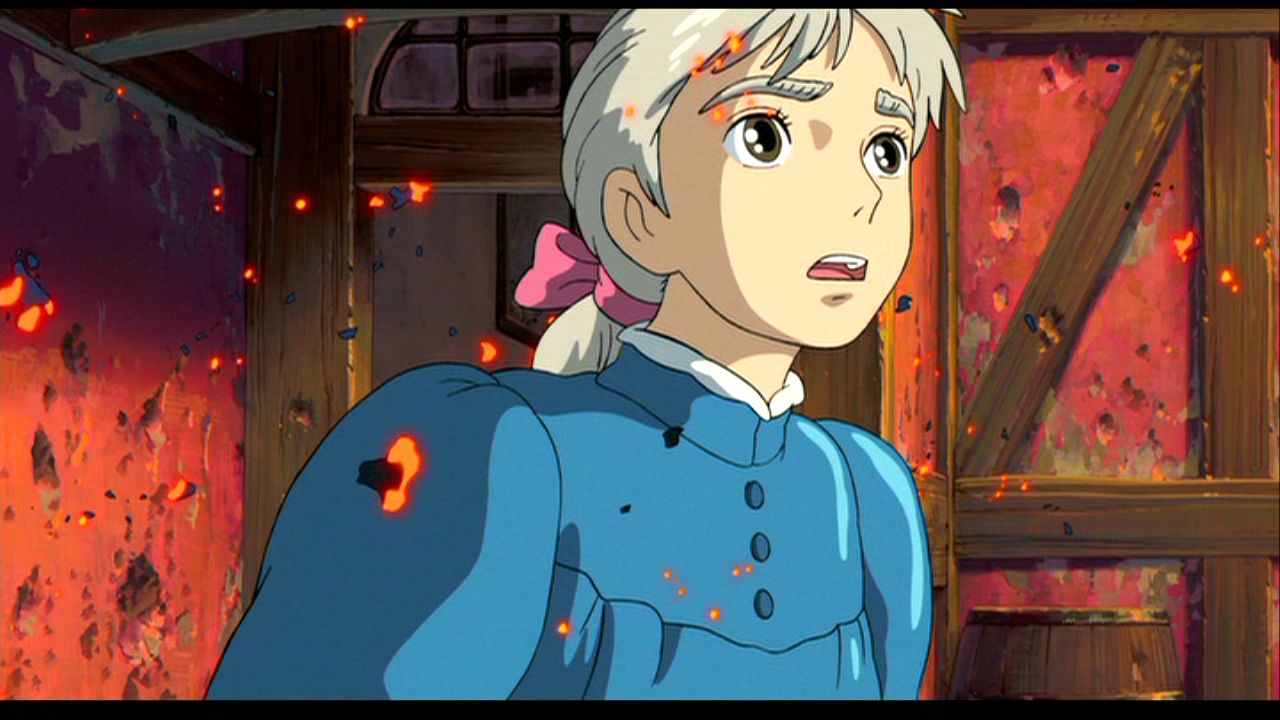 “Women have central roles that are complex and drive the narrative. And then young girls growing up can see stories being told where a woman takes a central role, but she’s not peripheral to the story, she’s driving the story so you as a kid can go ‘Oh, that’s me’, so you can identify.”

Mei from “Totoro” is one such character. An adorable small child, she has all the emotional highs and lows one can imagine. Wonder, laughter, and joy are balanced with anger, tears, and fear. She and her sister Satsuki are the protagonists of the tale, each on their journey as they adapt to the new situation they find themselves in and each handling it as best they can. They feel stunningly real to watch, despite being a series of hand-drawn images on the screen. It is in part because of how fully fleshed out they are, but it is just as much in how their actions and that depth drives the story forward.

To me, this is what having “strong female characters” truly means and what I find most endearing and impressive about the characters that Miyazaki creates in his films. They can by turns be vulnerable, naive, intelligent, daring, full of hope, or weighed down by their duties. At the same time, they all share a common thread. They drive the story forward and are central to the tale being told.

These characters are durable on many levels. Within their own tales, they face the adversity before them and conquer it, even when that means breaking a little along the way. That portrayal makes them durable in my mind as well; they stick with me for days after and I carry them gladly, for we’ve gone on a journey together and I’ve cheered them on with my whole heart. They’re also durable in my life as I move on from the experience of watching their stories and I tackle my own challenges and my own writing.

If a little bit of Mei or Sophie or San or Mononoke or any of the others makes their way into my own stories, I’m pleased to have them come along. I hope you take some time to seek them out and make friends with them as well. They’re great company, great inspiration, and a marvelous example of what being a “strong female character” can really look like.