It was tricky to find my topic this month. I knew I wanted to write something that felt meaningful and fully fleshed out. Many things I considered writing about just felt hollow until a magical thread of synergy wove through my thoughts over the last week.

It began with an article that has been floating around recently which tells the story of a group of boys who were shipwrecked in the 1960s. Rather than becoming a real-life “Lord of the Flies”, the boys took care of each other, organized themselves, and survived through their trials to be rescued.

This article reminded me of one I read earlier in the year regarding a new study that disproves the “bystander effect.” It’s long been thought that if you are in trouble out in the world, then you’re on your own because others will not step in to help. Analysis of CCTV footage shows that on the contrary, 9 times out of 10, bystanders do step in to help when someone is in danger.

In pondering this, I began to reflect on how these assumptions of the cruelty of the world, the uncaring nature of the strangers around us, has penetrated our literature. “Man vs Something” is the root of all stories and we’re constantly “fighting” for something, we’re “at war” with the world around us and that’s just the way things are. Or is it? Are these the only kinds of stories that can be told? Is there a more caring, gentler response that can still make powerful changes? Are there other ways of telling stories?

The other day someone asked a question of the collective internet (as folks are wont to do): Does the West even make “healing stories”?

The question caught me by surprise. As someone who runs a directory of self-care resources and has often sought out media that soothes, the idea of healing stories is right up my alley.

There is, I have learned, a genre of fiction in Japan called Iyashikei which, thank you Wikipedia, is: “a sub-genre of slice of life, portraying characters living out peaceful lives in calming environments, and is intended to have a healing effect on the audience.”

I started research and it was one of the most gentle internet rabbit holes I’ve had the pleasure of traversing. I’m still lost in it even as I write this. Allow me to share a bit of what I found.

In practice, these stories are truly meant to shift the reader’s mood and induce a state of calm or relaxation, much like a massage. There are numerous manga and anime works in this genre (yes, links below!) which is awesome, but what of Western literature and media? Because it may be difficult to find these works in English, do we have anything here that might fall under this category?

After some thinking and digging, I have found a few things in my own collections that I feel sum up what these stories are meant to do for us all.

The first thing that came to mind is Tru Luv’s “Self Care” app. Part soothing companion, part journal, part tarot deck, part meditation app, etc. etc. this “game” was intentionally created by Brie Code and her team to help calm and sooth its users. It’s a video game for people who don’t like “video games.” 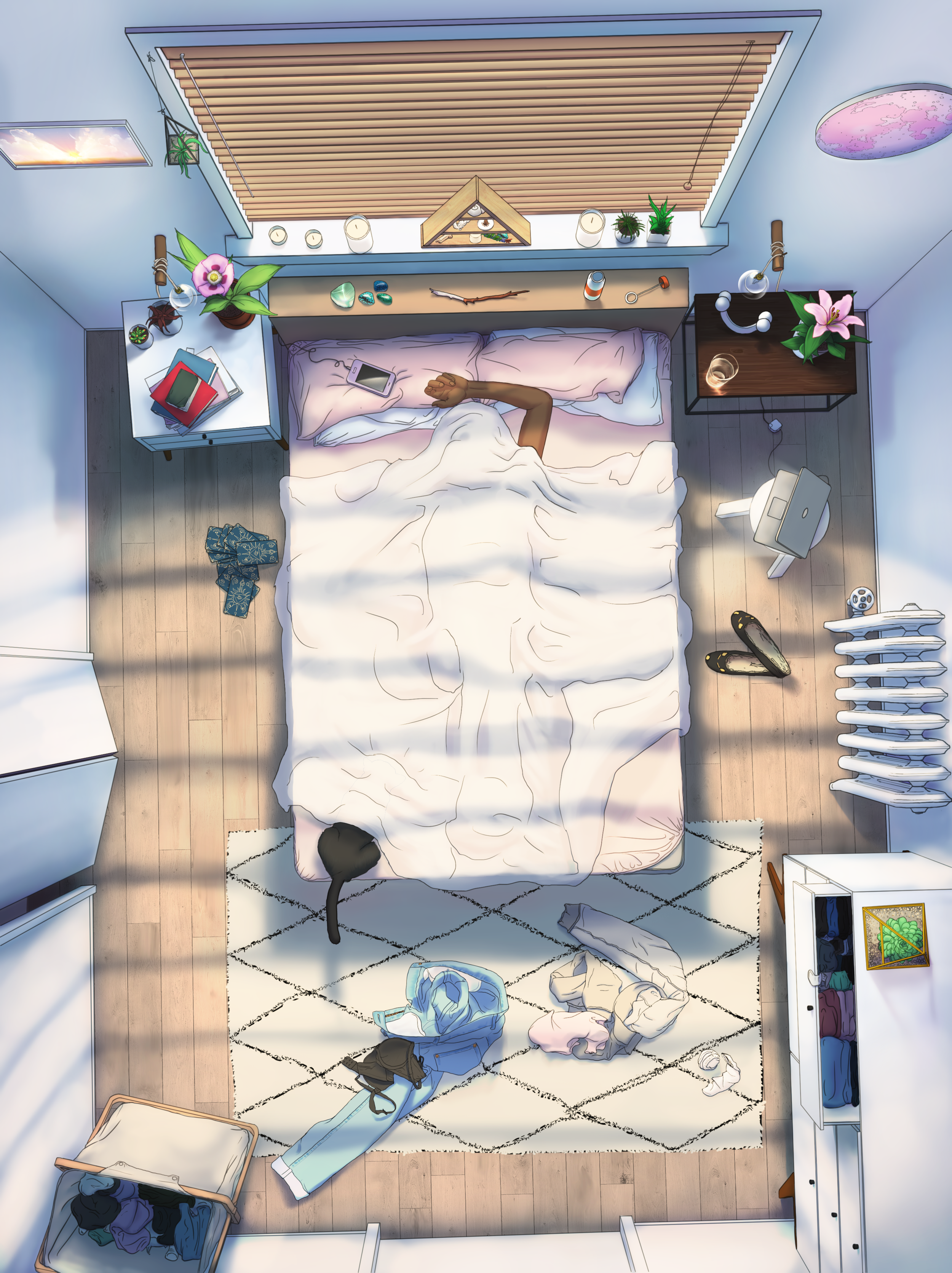 A few more games also fit this mold. Animal Crossing is a classic, as is Neko Atsume. Unsurprisingly, both are made by Japanese companies. I’ll also throw Stardew Valley into the pot. I haven’t played too many simulation games but of what I have played I find Stardew to be the most relaxing with a quiet, soothing charm.

In literature, I found myself looking towards books aimed at younger readers. Diana Wynne Jones’s trilogy following the adventures of Sophie and Howl have conflict in them, but they also have plenty of fun and adventure make for a gentle read.

Even more so is Castle Waiting, a comic book by Linda Medley. With very mild conflicts and a heart-warming cast of characters, the two volumes simmer along like a pot over a cozy fire.

What these books and games have shown me quite clearly is that there is room in the Western canon for stories that don’t just drop our protagonists from one dangerous or wrenching situation to the next. Characters don’t always have to be in danger or heartbroken to be fully-formed. 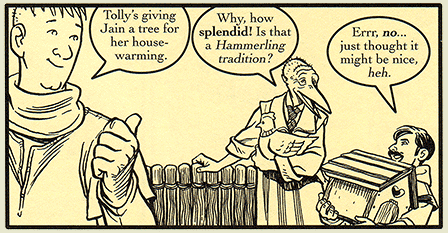 To be honest, this was a relief to discover because my own writing often falls under this umbrella. My books and stories meander, they move through the world like a cat with a full belly seeking a sunny patch of rug. As many of us know, finding representation out in the world can be an empowering experience. I feel I have permission now to write with even more freedom, which for me means more healing, more quiet, more gentle self-discovery.

Needless to say, at a time like this, discovering this genre is lovely. It’s something we can enjoy for its own sake and carry with us when things are hard. I hope you take some time to explore the links I’ve included in this post. May they inspire, heal and bring you a little peace in the days to come. And if you have any stories you know and love that fit the bill, please do send them my way!