I’m thrilled to bring my next review to you today for The Midnight Bargain by C. L. Polk.

Beatrice Clayborn is a sorceress who practices magic in secret, terrified of the day she will be locked into a marital collar that will cut off her powers to protect her unborn children. She dreams of becoming a full-fledged Magus and pursuing magic as her calling as men do, but her family has staked everything to equip her for Bargaining Season, when young men and women of means descend upon the city to negotiate the best marriages. The Clayborns are in severe debt and only she can save them, by securing an advantageous match before their creditors come calling.

In a stroke of luck, Beatrice finds a grimoire that contains the key to becoming a Magus, but before she can purchase it, a rival sorceress swindles the book right out of her hands. Beatrice summons a spirit to help her get it back, but her new ally exacts a price: Beatrice’s first kiss . . . with her adversary’s brother, the handsome, compassionate, and fabulously wealthy Ianthe Lavan.

The more Beatrice is entangled with the Lavan siblings, the harder her decision becomes: If she casts the spell to become a Magus, she will devastate her family and lose the only man to ever see her for who she is; but if she marries—even for love—she will sacrifice her magic, her identity, and her dreams. But how can she choose just one, knowing she will forever regret the path not taken? 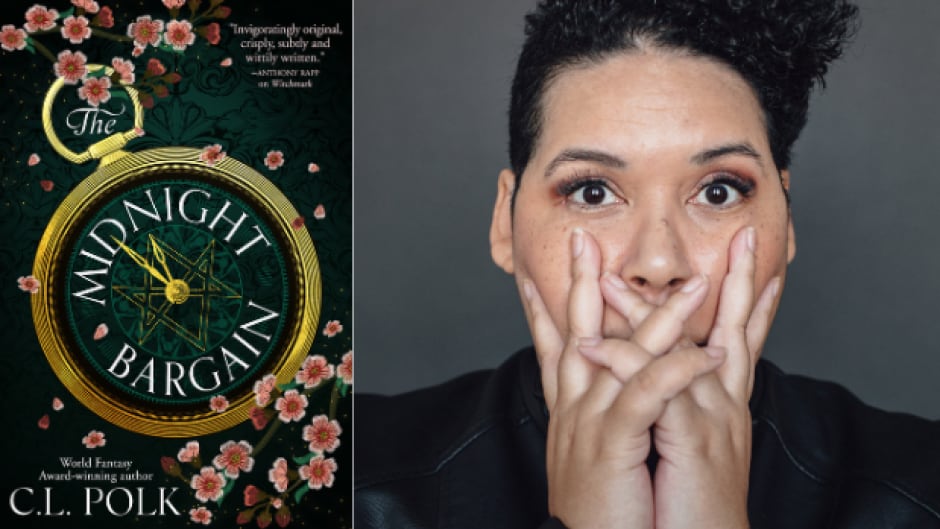 Honestly, it took awhile for me to get into the book but once I did, I couldn’t stop reading.

I thought this was a really well-done novel. It did a great job of presenting gender inequality in a new and exciting way; I definitely felt connected to (and rooted for) the main character/narrator; and as a standalone, it had an HEA that was both satisfying and open to interpretation to let the reader decide what was next for the characters.

In the acknowledgements, Polk describes an early pitch as “Pokemon, but make it Jane Austen,” and that’s almost exactly what it felt like (but switch out Pokemon for Black Clover and it’s there). I originally picked up the book because I was interested to read something that had grimoires in it and wasn’t disappointed. This is a great book for anyone who enjoys Regency Era-inspired settings, strong female characters, and a touch of magic/fantasy.

Super petty, nitpicky thought: I think the book deserved a stronger title! I don’t know what it would be, but its current title references the first bargain that Beatrice makes when honestly, I don’t feel that sets everything in motion as much as the situation of the impending bargaining season vs. Beatrice’s desperate need to keep magic did.

Beatrice was a great main character. Though her seemingly-unwinnable situation was the main conflict of the book, she had great agency. Just because she couldn’t get what she wanted doesn’t mean she didn’t try.

Ysbeta was an awesome secondary character and I kind of wished she was the love interest instead of her brother. The author might not have tried it, but I definitely felt some chemistry between Beatrice and Ysbeta! She was a badass all around, and I looked forward to any scene with her in it.

Ianthe was a fine secondary character/love interest. I didn’t like him as a character by himself as much as I liked Beatrice/Ianthe together as a couple, but he wasn’t a bad character by any means. I loved his “knight in shining armor” disposition for the most part, he just seemed a little too perfect to be believable in some situations.

The antagonists were really great. I’m a reader who enjoys stories where villains are constrained by society as much as the heroes and have to find surreptitious ways to mess with the protagonists’ plans. Danton Maisonette was my favorite over Mrs. Lavan (less of an antagonist and more of a stereotypical potential mother-in-law?).

My least favorite character in the book was Beatrice’s mom. I think a little more could have been done with her storyline. Polk really impressed me with the ease of her world-building. We’re jumping into a completely new historically-based fantasy world filled with magic, and I never felt like I got an info dump. In some places that was problematic for me (I didn’t always remember which towns/cities were which) but there was always enough context to figure it out.

The spirits and grimoires were also done well. As I said earlier, Black Clover meets Jane Austen is one of the most accurate depictions I can make. As we spend more time with Beatrice and Nadi (a lesser spirit of fortune), it becomes clear to readers just how important—and dangerous—using magic and spirits can be, especially for anyone who can’t see the magic aura around another’s head. The magic-filled setting kept me on the edge of my seat for the second half of the book as I realized anyone that Beatrice interacted with was just a breath away from the ability to put a curse or hex on her.

The main conflict, for Beatrice to decide to marry the man she loves or keep her magic, keeps readers guessing until the last 20 or so pages. Throughout the book, we’re told that there’s literally no solution that will give the MC exactly what she wants, and that stress follows through the entire plot. In each scene, especially with Ianthe, there’s a sort of dark cloud hanging over what could be a perfect moment because Beatrice (and readers) know the only way this relationship flourishes is if Beatrice gives up the most important thing to her.

There weren’t many subplots (honestly, there wasn’t room!) but the one between Danielle Maisonette and Ianthe was kind of pointless to me. It gave Danton a more desperate edge to his “evilness” but Danielle never got closure/etc, at least that we saw, and it felt like the subplot was only created to give Danton more depth instead of Danielle, too.

One question I still have is regarding the warding collars: I thought I read earlier in the book that once a mage puts the collar on, they can no longer call a greater spirit? Beatrice has it placed on her twice but is still able to have Nadi (a lesser spirit) in her that then “evolves” into a greater spirit? Was that the way around that rule—binding with a lesser spirit that then evolves to a greater one? The ramp up to the meat of the story was long and not terribly exciting. If you can hold on for 200 pages, then the story really picks up. Most of the first portion of the book takes extra care in helping you learn about Beatrice, her relationship with magic, her family background and life, and to understand the social standing of the other characters. These 200 pages also make the stakes of Beatrice’s pending decision painstakingly clear to readers.

The back half of the book’s pacing is incredible. The action is well written and romance scenes get enough time to blossom. I truthfully couldn’t put the book down after getting about halfway through—I needed to know what was going to happen next.

As I stated before, I ship Beatrice and Ysbeta more than the actual pairing of Beatrice and Ianthe. But the Beatrice/Ianthe coupling was still charming and I definitely rooted for them to get an HEA.

Beatrice and her sister Harriet had a nice sister relationship—reminiscent of Lizzie Bennett and a less impetuous, more clever Lydia. Beatrice’s relationship with her parents was a little wonky. I wished we had a bit more characterization of her father so his cruel coldness in the second half of the book was explained. I already said above that I wish Beatrice’s mother was more fleshed out. She seemed like she’d be a really interesting character.

This was a really great novel and I wish more people were talking about it. Beatrice was a strong female character who knew what she wanted and was willing to sacrifice everything she held close to do what she knew was right.

I definitely recommend The Midnight Bargain!