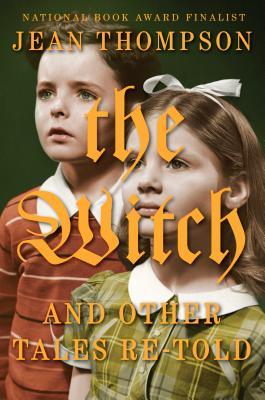 Jean Thompson is a former National Book Award Finalist, which will come as no surprise after you have finished the first story, “The Witch.” By the time you process a story like “The Curse” you will want to read more of Jean Thompson’s books and wonder why she hasn’t yet reached rock-star status. (I read countless short stories every year. “The Curse” was my favorite for 2014.) These stories both are and are not retellings of fairy tales. It is easy to recognize tales like “Hansel and Gretel”, “Cinderella”, “Little Red Riding Hood” and “Bluebeard” in these pages, but the fairy-tale themes are so subtly rendered that the emotional impact is doubled. The question: what came first, the fairy tale or the human condition? The answer: these tales are eternal. End of discussion.

Romance and family relationships are the core subjects of so many genres. Jean Thompson treats this familiar territory with a wry wisdom that knows just when to recede and let the looming darkness speak for itself. As the doomed hero of “The Curse” says, “Do you ever feel like, even when everything’s going all right, or especially when it’s going all right, that there’s some horror movie version of your life that’s going to come sneaking up behind you?” Not to worry, though, as this collection ends in a blaze of imaginative optimism with “Prince,” a story which proves that love, sometimes from an unexpected source, still can save the day. 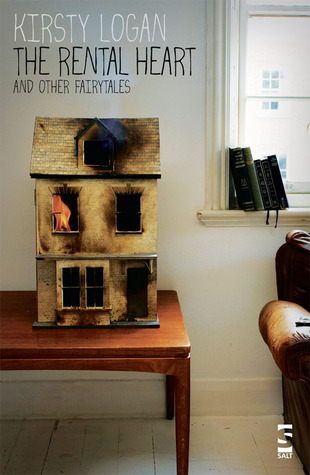 Kirsty Logan’s exquisitely weird book won the Scott Prize, the Saboteur Award for Best Short Story Collection, and is now long-listed for the Frank O’Connor International Short Story Award. Logan has clearly earned her spot in the world of speculative fiction with these twenty stories, which are sophisticated and demanding, but well worth the effort. Though not all the stories are fairy tales in the strict sense of the word, you will recognize many characters and motifs, not to mention the endless struggle for power and autonomy, found in the classic tales.

“The Rental Heart” explores the limits of technology in the chancy territory of love. “Underskirts” offers an intimate examination of female desire and subversion by focusing on an unconventional lady of the manor. If you are looking for an original, unsentimental take on hybrids, then “Una and Coll Are Not Friends” is the story for you. “Matryoshka” is an expression of pure beauty and yearning. The best Baba Yaga rewrite ever–at least for this month–appears in “Witch.” And the simplicity of “Origami,” where a woman folds her way out of loneliness, challenges us to reconsider the demands of intimacy and fidelity. Here is a sample of what Logan has to offer, from the story “Girl #18”: “The girl is standing as I left her, and I want to say that she looks exactly the same except that she doesn’t. It’s like I’ve been away for months, years even, and in that time she’s grown and matured way past anything I could ever be. She’s an adult. A woman. That’s the thing about girls: they’re never really girls at all. They’re always women really.”