If, like me, you suffer migraines and headaches frequently, I’ve got some books and one game for you.

I’m not going to play doctor here. My recommendations will not be nonfiction medical texts or anything like medical advice.

Even if I were a doctor, there are two spins on migraines: the personal (what your body uniquely experiences) and the uncontrollable. There have been weeks where I did everything I could that I knew my body needed–got eight hours of sleep, drank lots of water, exercised to relieve stress, and ate regular meals without MSG. But a volatile storm system (I cannot control the weather) or someone’s super strong perfume (also beyond my control) would lay me up for three days in a cold, dark room with a vicegrip headache and intermittent nausea.

During that migraine KO period, I don’t always just lay there. I get up and munch on ice cream because it tastes good and gives me a bit of relief, even though my digestive tract has shut down from the pain and will punish me later for this choice.

I’m hoping these stories below supply a different sort of relief when your eyes are ready for reading and you want to feel seen or understood. Not all of them actually feature headaches or even a relatable illness, but all come to mind when I want others to have some insight into my condition.

The Arcana (Game) by Nix Hydra

This fantasy/romance visual novel is free to play on various platforms of mobile phones. The plot begins as a murder mystery and evolves into a personal romance against larger than life supernatural entities pulling the strings across different continents.

Nadia Satrinava (the character in the middle of the image above) suffers headaches regularly. One character gives her a neti pot and suggests she experiences allergies or at least regular nasal congestion (I get the latter, courtesy of the headaches). Nadia was effectively in a coma for three years but now catalyzes events of the story to look into the murder of her husband and improve her city. Along the way, she tries to regain lost memories and revitalize her magical abilities. You can see her character most by romancing her, but she leaves an impression even if you pursue another character. 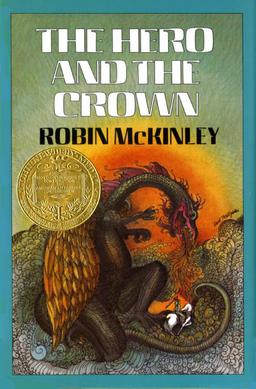 The Hero and the Crown by Robin McKinley

Anytime I’m down for the count, I think about this book, which, published in 1984, is probably not new to any LSQ reader. Aerin, the main character, ingests a poisonous plant called surka; it will kill anyone not of royal blood, and while Aerin survives, she is ill for years. The symptoms at first were hallucinations and near-blindness, dizziness and stomachaches.

Eventually, Aerin bonds with her father’s retired war horse when she has energy enough but not capacity enough to roam as freely and easily as she could have before. She’s walking with a cane and can’t see very well when she goes to the horse: “It was a kind of trapped restlessness combined with a feeling of kinship for the equally trapped and restless Talat that drew her to his pasture.” (Chapter 3 of The Hero and the Crown by Robin McKinley).

This short story is less about one person dealing with a specific illness or condition as it is a Pitch Black -style team race for a dusty colony in space to fetch supplies during “Umbernight”–the emergence of a binary star through a nebula which casts the planet into X-radiation. The people on the colony usually stay hidden underground during this, but the team chosen to fetch supplies has to make do with radiation-blocking suits and tents.

The twist, if you’ll let me spoil it, is that an entire ecosystem develops in this X-ray season, which transforms the landscape and adds nearly insurmountable obstacles to the team’s progress.

Sometimes, on a day to day basis, this is how migraines seem to me. I go out with my armor, my bag o’ medicine in case the worst hits, and sometimes even that isn’t enough to fully prepare me. “Umbernight” is one of my favorite SFF stories of all time.

Talking to others with migraines has helped me feel like I’m not alone. Despite how many people suffer migraines (1 in 5 women and 1 in 16 men, according to the American Migraine Foundation), they’re often misunderstood or seen as headaches you can simply take OTC medicine for and move past (they aren’t).

There’s something speculative about that dynamic, I think. Our books, our stories in SFF and horror try to question the assumed and pry up those things that are overlooked or misunderstood to see them clearly, and personally, I always think of the stories above to conceptualize this new stage of my life.