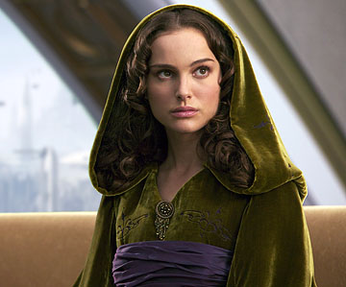 Often in fridging, the deaths are brutal. Usually they are tragic, a loss of what might have been. The death of Padmé Amidala, the very pregnant mother of the protagonists of the Star Wars trilogy so many grew up with, strangled by her husband, and then sort of just fading away after delivering her twins, is more elongated than the typical shocking fridging death, but her treatment by the narrative, especially of Revenge of the Sith, is absolutely something we see again and again in fridging stories.

In a prequel story, the audience has some idea of how it will end. At the very least, we know the general position of the characters in the next story — Anakin Skywalker will become Darth Vader, Obi-Wan becomes the hermit Ben on Tatooine, and Padmé Amidala, as confirmed by her daughter Leia in Return of the Jedi, dies while Leia is young.

The problem is not that Padmé Amidala died, or any logical fallacies pertaining to Leia’s memory of her (the Force works in mysterious ways, after all). The problem lies in how Padmé was killed.

To briefly summarize for those who may have forgotten, by the third movie of the Star Wars prequel trilogy, Padmé Amidala has married Anakin Skywalker in secret, and they are both nervously anticipating the arrival of Padmé’s baby (having not figured out she’s having twins). Fueled by fears for Padmé’s health and the health of his child, Anakin betrays the Jedi Order and slaughters his former compatriots, including friends and the children in the Jedi Temple, becoming Darth Vader in the process.

For Padmé’s purposes, all this culminates in a confrontation she has with her husband on the volcanic planet Mustafar. Angered at her assumed betrayal after seeing Obi-Wan has stowed away to presumably kill him, Anakin chokes her with the Force and she passes out after Obi-Wan convinces Anakin to let her go. This, the audience has to assume, is what ultimately kills her much later after Obi-Wan has won his duel and brought Padmé back to receive medical treatment and give birth.

To quote, verbatim, the diagnosis of the medical droid: “Medically, she’s completely healthy. For reasons we can’t explain, we’re losing her… She’s lost the will to live.”

We are, presumably, meant to assume she died of a broken heart.

But what lesson is Anakin supposed to take from this? What, then, is accomplished by killing Padmé? Narratively, much like poor Shmi Skywalker before her, it is a shortcut to allow Anakin violence. He can be the killing machine of the next trilogy. Though he’s already killed several people, including children, he now has no reason to feel bad about it even by proxy. Because of his wife’s death, Darth Vader has also lost the will to live, making Padmé’s arc entirely about him and his feelings rather than her own agency.

The real tragedy of Padmé Amidala is the loss of potential and, as the Expanded Universe of books, comics, television shows, and so many other things has shown, there is clearly an appetite for more stories in this universe, and specifically women’s stories. Which brings me to: if the problem is not that Padmé is killed, how could her inevitable death been handled better?

Let’s look at Revenge of the Sith alone.

Taking the movie as given, one would be forgiven for wondering if Padmé remained a practicing senator or if her full-time job was staring sadly out of floor to ceiling windows. But the deleted scenes of Revenge of the Sith paint a different picture of what could have been.

Only briefly hinted at in the final film, several deleted scenes from Revenge of the Sith such as these show Padmé as a driving force in the foundation of the Rebel Alliance her children would one day champion. These scenes, like much of the prequel trilogy, are far from perfect, but they do lay the groundwork for what could have been an interesting espionage-like story, pitting Padmé into a Cold War spy’s shoes as she faces down evil political power in echoes of how her daughter Leia would in the future. However, these scenes were cut, and what remains of Padmé’s arc in Revenge of the Sith is barely existent at best.

This is a recurring problem of the Star Wars universe. Pivotal, plot-relevant information and

character development is hidden in the Expanded universe, cut scenes, or creator interviews — who can forget the whiplash of getting all the setup and reveal of Palpatine being alive in the first five minutes of Rise of Skywalker when the previous two movies of the trilogy had never mentioned him? But what happened to Padmé bothers me more than a questionable (and baffling) lack of planning, because it was planned. The scenes were not only written but shot, edited, VFX updated, only to be discarded. At what point and why were these scenes of the building of the Rebellion determined to be irrelevant to a prequel story about the rise of the evil empire that the next trilogy spends so long rebelling against?

Of all the characters in the prequel trilogy, Padmé’s role was the one that was the most consistently undercut and underdeveloped, scenes cut across the trilogy to make room for longer lightsaber fights. The Fandomentals has a pretty interesting breakdown of all the scenes across the trilogy that were cut, and the conclusion reached that, especially as the trilogy wore on, any of Padmé’s scenes that were not about Anakin were cut is a fair one. Had these scenes been included, Padmé would have been a more fleshed-out character rather than the cardboard cutout, carrot-on-a-stick existing solely for Anakin to feel sad about. Had these scenes been included, Padmé might’ve gotten to grapple with a moral choice of her own.

That struggle, along with reports that the original script included a more dramatic scene of Padmé attempting to kill Anakin for the greater good, could have been fodder for not only a more interesting death, but an arc in the narrative for Padmé. She could have literally and figuratively given birth to the Rebellion, she could have challenged what Anakin was doing in her name, she could have played a major role in challenging Palpatine independent of Anakin where the Emperor was forced to act against her as a true threat. Instead, the former Queen of Naboo is sidelined, downplayed, and ignored in favor of the action.

I’d like to be able to end this and say that the Star Wars movies learned how to treat their female characters better. Maybe by the fourth trilogy.