I’ve been noticing a pattern in some big name publications. This pattern is: anti-colonial sapphics. Hear me out.

Thanks to some awesome fanart by artist Marceline, there is now a pipeline between fans of the Locked Tomb Trilogy and the Masquerade. The Locked Tomb Trilogy is the infamous “lesbian necromancers in space” books. The Masquerade is one (1) sapphic woman tearing down an unstoppable empire from the inside. They have a handful of things in common: a swordlesbian with a crooked smile, a main character who breaks herself in sacrifice to an Ultimate Goal, a visceral depiction of mental health. The biggest thing they have in common though:

The best part? They’re not the only ones! Let me share with you some series of various levels of completion.

Note #2: Most of the series in this list can get really dark really quick. I do not list specific content warnings here, so please check the content warnings before you read if you are uncomfortable with anything in particular.

The Masquerade by Seth Dickinson 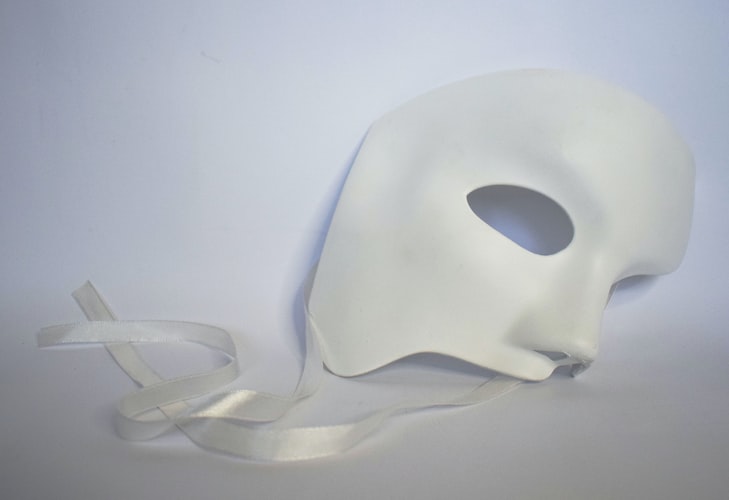 3 out of 4 books available, incomplete.

The Masquerade follows the plight of Baru Cormorant. As a young girl, her homeland is invaded by the Empire of Masks and breaks her family. For revenge, she enrolls in an empire’s school with the intent of dismantling the empire from the inside.

At the time of this writing, I have read the first book, which I am told is the roughest—this series gets dark. From book one, there is talk about eugenics, which only furthers the racism and homophobia of the empire. There is plague and secrecy and the economics of war. There is a lot that goes into running an empire, and The Traitor Baru Cormorant highlighted each of the individual parts as Baru leads a foreign nation as its accountant. She makes policy changes and manipulates the will of the people and calculates her next move at every step of the way. Baru is one determined motherfucker, and I cannot wait to see her make the empire burn. (You can track my progress on my Storygraph).

2 out of 2 books available, complete.

The Teixcalaan Duology follows Mahit Dzmare, an ambassador from a tiny, tiny space station holding its own against a galaxy-expanding empire. Her predecessor has been murdered and it’s up to her to find out why. Political intrigue and maneuvering ensues.

The thing that blew me away about the first book was its worldbuilding. It took me a chapter to get into it because the first chapter is written as though you already understand the world and how it runs, so it doesn’t spend any time trying to catch you up. You either catch up yourself or get lost in the shuffle. Luckily, I caught on pretty quick, and I loved everything about it. From the snark and shenanigans of Yskandr to the mutual pining between Three Seagrass and Mahit, there is a lot to love about this series.

It also has a lot to say about empire and imperialism. The Teixcalaan Empire is based on the Byzantine Empire with a little Maya/Aztec thrown in for good measure. Our main character loves the Teixcalaans, even though she will never be considered civilized in the eyes of its citizens, even though its culture is swallowing hers whole. It’s a fine line to walk, and Martine walks it with intelligence, balance, and grace.

2 out of 3 books available, incomplete

Childhood rivals Gideon Nav and Harrowhark Nonagesimus must team up to compete in the Lyctoral trials. If Harrowhark ascends, she can rebuild her dying House. If Gideon does her job, which she is unwilling to do, she can earn her freedom. What could go wrong?

The anti-colonialism in this series is more subtle than the others on this list. All the characters already exist within a larger framework of empire and child soldiers and dying planets—and our main characters pay more attention to each other than the larger implications of their government. Of course, there’s also the murder and the mystery and the intrigue and, later on in book two, the murder attempts and the dissociation and Ianthe Tridentarius. The one thing that everyone can agree on? The Nine Houses must go.

Magic of the Lost series by C.L. Clark

I am assuming this will be a trilogy. Please double-check this information against other sources.

The Unbroken (book 1) follows two women from two completely different classes. Touraine is a soldier, raised in the military, and returning to the land she was stolen from as a toddler. Luca is a princess, heir to an empire if she can wrestle it away from her uncle. Touraine saves Luca from an assassination attempt, and it all goes wrong from there.

This is another book that gets dark. It confronts ideas that are hard to reconcile, and our characters have to live through them, make hard decisions (sometimes on the fly), and predict the next moves of their opponents. They almost always get it wrong. I love the naivete of these two women and the lessons they learn along the way. I love how nothing goes right and the only thing you can count on is unpredictability. I love these two sapphics, hopelessly in love but unacknowledged by the other the entire book. (The! Entire! Book! It’s such a long book too!)

Book 1 ended too cleanly for me. More things have to go wrong. More yearning must happen.

The Jasmine Throne by Tasha Suri

Book 1 will be available in June

I know very little about this new series other than there is a servant with forbidden magic and the princess is locked in a temple? Either way, it’s an Indian-inspired empire and our main characters are in love. I am definitely reading this as soon as I am able. Here is a video of the author unboxing a shipment of her books. Please note, this book may not be anti-colonial; it is featured here because I saw Tasha Suri and C.L. Clarke in conversation with each other.