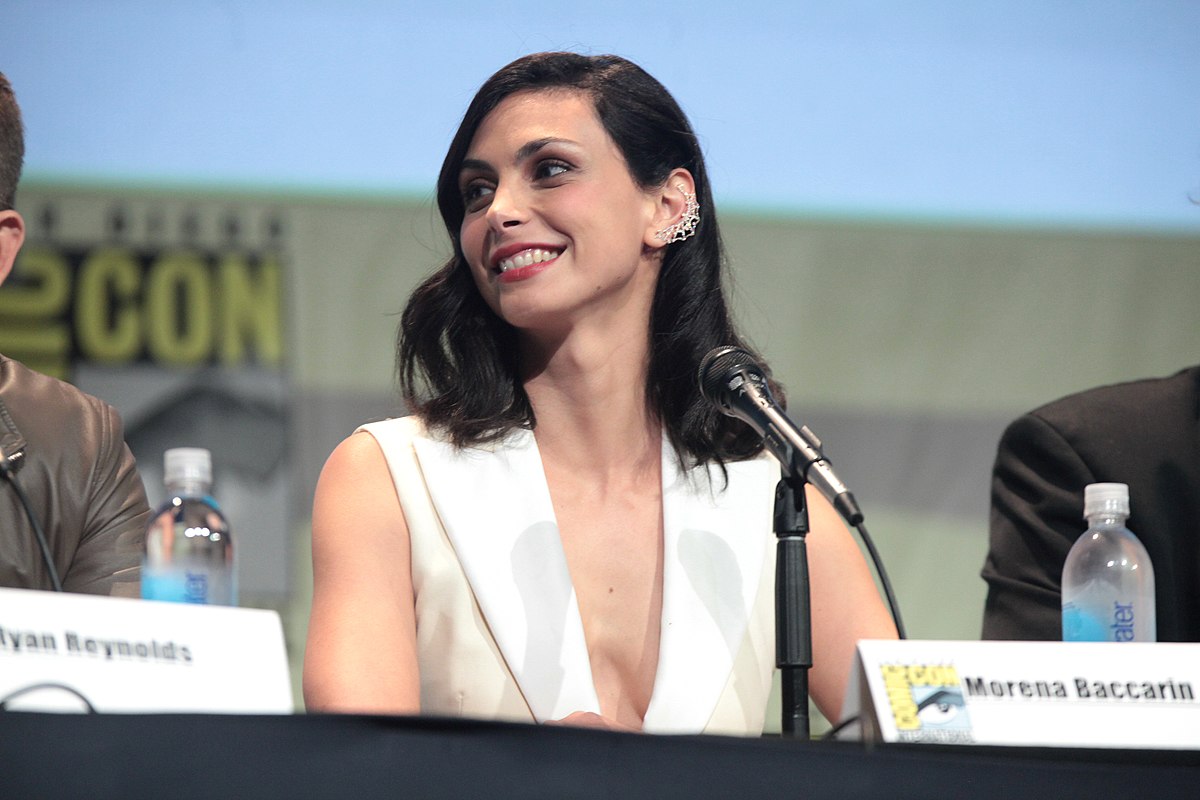 The life of a superhero girlfriend is a precarious one, and Vanessa Carlysle, the significant other of the merc with the mouth Deadpool, should be well versed in its pitfalls by now. She and Wade had a twisted sort of storybook romance for the first part of the film, told primarily in a humorous montage, but the tragedy of Wade’s impending death via cancer puts an intense strain on both of them. Despite Vanessa’s attempts to help him and to stay with him through it all, the man who would be Deadpool leaves her behind to seek treatment, intent on sparing her suffering.

After he puts on the mask, Deadpool tries to spare her some more, though more from the sight of his disfigured skin than the angry mercenaries that he’s hunting. Said mercenaries find his weak spot in her, and kidnap her anyway, and Vanessa ends that movie in a happily ever after back together with her love, but only after she’s let her anger at being left behind and then being used as a bargaining chip known.

In the first film, Vanessa was a fun character who was more than capable of keeping up with Deadpool, and in fact challenging him. That is why it was such a disappointment that the sequel seemed intent on broadcasting her impending doom from the word go, and then killed her off in a manner built from Deadpool’s personal nightmares. She then appears in dream sequences, to motivate like the ghost of girlfriends past. Despite being saved at the end of the movie, her death has one lasting, permanent consequence:

Vanessa is barely in the movie at all.

Deadpool is popular for his irreverent humor and the way that his character pokes fun at superhero tropes, from fourth wall breaking antics to storylines mocking more serious comics narratives. Some have tried to argue that this was a masterstroke of storytelling gone wrong, that the writers meant to comment and poke fun at the fridging stereotype, that “saving Vanessa was so easy, why don’t more movies/heroes/comics do this?” was the point of it all. But if it was the point, it is somewhat lackluster in that it happens at the end of the movie and not the start where it could have been brushed off. Deadpool could have stared directly into the camera judgingly, and then the movie moved on.

Most egregious as evidence for the writers not doing this on purpose is the fact that the Deadpool 2 screenwriters admitted in an interview that they did not know what fridging was until the film came out. One of the writers goes on to confirm in that interview that there was originally a plan not to kill Vanessa off, but rather for Vanessa to leave him and the events of Deadpool 2 to be him trying to win her back. But then someone suggested that Deadpool “works best when he’s had everything taken from him” and lo and behold, we’re back to the same old stale formula.

Though technically reversed in the last moments with Deadpool’s irreverent use of a time travel machine, again, the fridging still happened. The only influence that Vanessa’s untimely murder has on the plot is the fact that Deadpool is a little bit more suicidal than usual, and he gets to share brief moments of mourning with Cable who lost his family—in between the jokes that Cable and Deadpool are in love, of course.

Vanessa’s death stinks of the writers not knowing what to do with her character anymore. This is a recurring problem especially in action movie franchises, where one movie ends with the hero getting his trophy, his prize of the girl and the happily ever after, only for the sequel writers to have to properly motivate the hero to do some heroing in the next movie.

But, killing off the girlfriend isn’t the only way to motivate the hero or to handle having had a “happy” ending in the last movie. For a superhero example, look at Ant-Man and the Wasp —

Hope is brought to more prominence in the sequel, allowed to be her own superhero and take the stage with the titular male hero. In the comics Vanessa is the mutant Copycat who could have been treated in much the same way as the Wasp. Deadpool 2 could have included Vanessa learning her newfound powers, and being introduced as a new member of X-Force, with Wade fluctuating between allowing her to be badass in her own right and the not baseless fear of losing her. Deadpool is, after all, functionally immortal, and here could have been the opportunity to do something about the fridging so prevalent in the industry with a few jokes and callouts that only someone like Deadpool can make.

Any potential future Deadpool movies are now tied up in questions of crossover with the Marvel Cinematic Universe and how to combine the X-Men into existing franchises, and we’re a long way away from anything being confirmed. However, with some troubling indications that Morena Baccarin won’t be returning, more than a few alarm bells are ringing.

Franchises, and especially action movie franchises, have a disappearing woman problem. Think of your Jason Bournes and Mission Impossibles, where all the male side characters get to come back for every sequel, but the female ones are either killed in the first few minutes or suffer from never being mentioned ever again. For comic books and the movies they have spawned, this also holds true. Wolverine gets the girl, but she gets killed in the first few minutes. The Punisher finds half a second’s worth of peace, but nope, she’s been shot now, and he’s back to square one.

The writers instead recycle the old formulas, never seeming to want to explore a happy couple struggling through the plot of the movie together, and the audience loses out on a cool character given the chance to breathe and grow into her own.